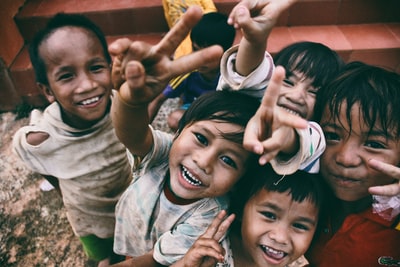 Once, a billionaire was invited for an interview. The interviewer asked him,” Sir, when did you feel the happiest in your life?” The billionaire replied that he had gone through four stages of happiness in life, and finally, he understood the meaning of true happiness. In the 1st stage, he accumulated wealth and resources. The 2nd stage saw him collecting valuables and rare items.

The 3rd stage brought unprecedented success. He bagged big projects and controlled over 95% of the petroleum supply of his country. He also became the largest shipowner in Asia and Africa, but the best was yet to come. Then came the 4th stage.

He reminisced, “When I reached that place and gave the wheelchairs to all those children, there was an intense glow of happiness on their faces. They all moved around joyfully on their wheelchairs as though they were frolicking at a picnic spot. They were having so much fun. Sharing their happiness and laughter, I felt deep happiness well up inside me too.”