The Heart of a Homeless Man - Black Lotus 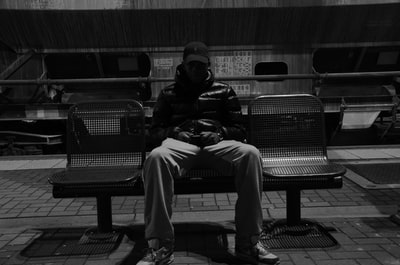 The Heart of a Homeless Man

I was on a train to work and listening to my audiobook. A man came and took the opposite seat. He was saying something to which I kept nodding my head but did not stop listening to my audiobook. I reminded myself to pay attention to him because I remembered that active listening is an act of kindness according to the Black Lotus app, and hence paused a while. Showing me the hospital band on his wrist, the man told me that he had been discharged the previous night. He was travelling ticketless as he had no money on him and was worried that he would be apprehended and penalised by the ticket cops. Hearing this, I bought an e-ticket for him on my phone and told him that I would activate it if the cops came to check.

I offered him an apple, and he settled down and shared his story with me, munching on it. He was 48 years old, not only penniless but also homeless. His girlfriend had kicked him out the previous night, and he had no place to go. I told him to find a shelter, to which he replied that he was doubtful of being given a place as women and children were given preference in these overcrowded shelters.

He said he had almost died last night and that while lying on the hospital bed, he had come face to face with death. He realised what a close call he had had and how lucky he was to be alive. He could have died, yet by God’s grace, he survived. I offered him one of my sandwiches which he thoroughly enjoyed remarking that he never thought a sandwich with no meat could taste this good. I thought about offering him my second one too and later buying myself lunch. Perhaps he sensed my hesitation because he politely declined. A friend of my wife had encouraged us to donate food directly to a hungry person, and thankfully, it has become a frequent practice.

He narrated all this cheerfully and said that God had brought him so far and he would take him forward too.

I have so much to be thankful for!