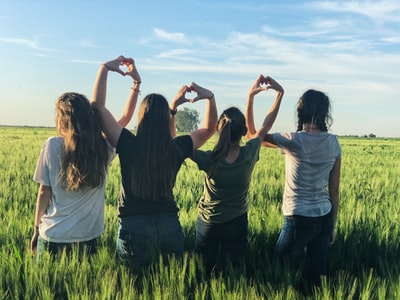 An Aussie senior citizen I met at a retreat became a good buddy. We kept in touch, and she came home a few times. She doesn’t have anyone around, and due to a tough childhood, she is still dealing with a few challenges. She moved far away from where I live, and we lost touch. She finds it hard to keep up with technology and often loses her phone.

Recently I thought of her and called to check on her. She was very down and didn’t seem motivated about living life. Her bad neighbours were troubling her, and no one was listening to her plea. After talking for a while, I gave her a few suggestions, and she liked them. She thanked me for talking to her and told me she is already feeling better. It was sad to see her being in a difficult situation. I reassured her that things will get better, and I will be in touch. We prayed together for her peace of mind.

I thought about how important it is to listen to people who are dealing with hardship. I couldn’t change anything for her, but she felt better by sharing.

We all need each other at times. Be there for others.