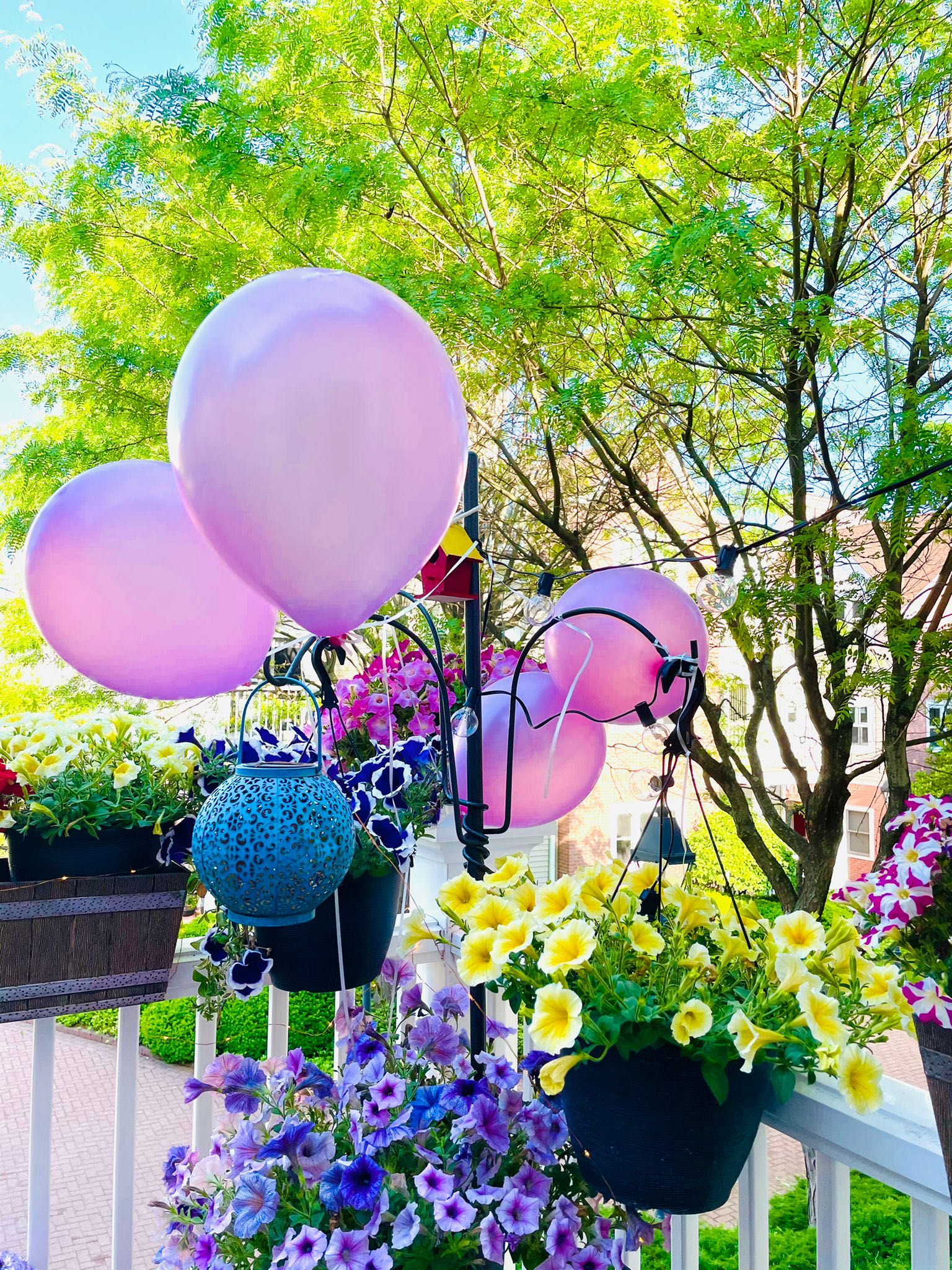 A couple I had barely known in Singapore and now live in Connecticut took on my younger daughter under their care for more than a year. My daughter studied in New York and graduated recently.

The Covid, empty dorms, few friends, no good food had made my daughter homesick and sad. Ever since she made contact with the lovely couple, life became easy. It filled her with life. They took her wherever they went and even on many holidays.

After her graduation ten days ago, they brought her home. And while she napped in the afternoon, the couple blew blush pink balloons and filled their home and garden. In tears, my daughter called me to say,” Mama, Joyita Aunty filled her home with balloons just the way you
used to do to give me a surprise.”

Now my daughter has relocated to LA. We can’t travel due to the embargo. And much as they wanted to accompany my daughter to settle down, they let her go by herself & be independent. Very Importantly, they gave her enough driving practice that she could drive to her hotel from the airport after a long cross-country flight.

I’ve yet to find people who could be so unconditionally kind to anyone. Raising a child is not easy and dealing with a 20-21-year-old is not easy either. But they all got along well like a house on fire. I didn’t have to worry a single day. My daughter now has a lovely God Mother.

In this pic – balloons in Joyita’s garden.

Love is letting go. Give your children wings and let them fly.