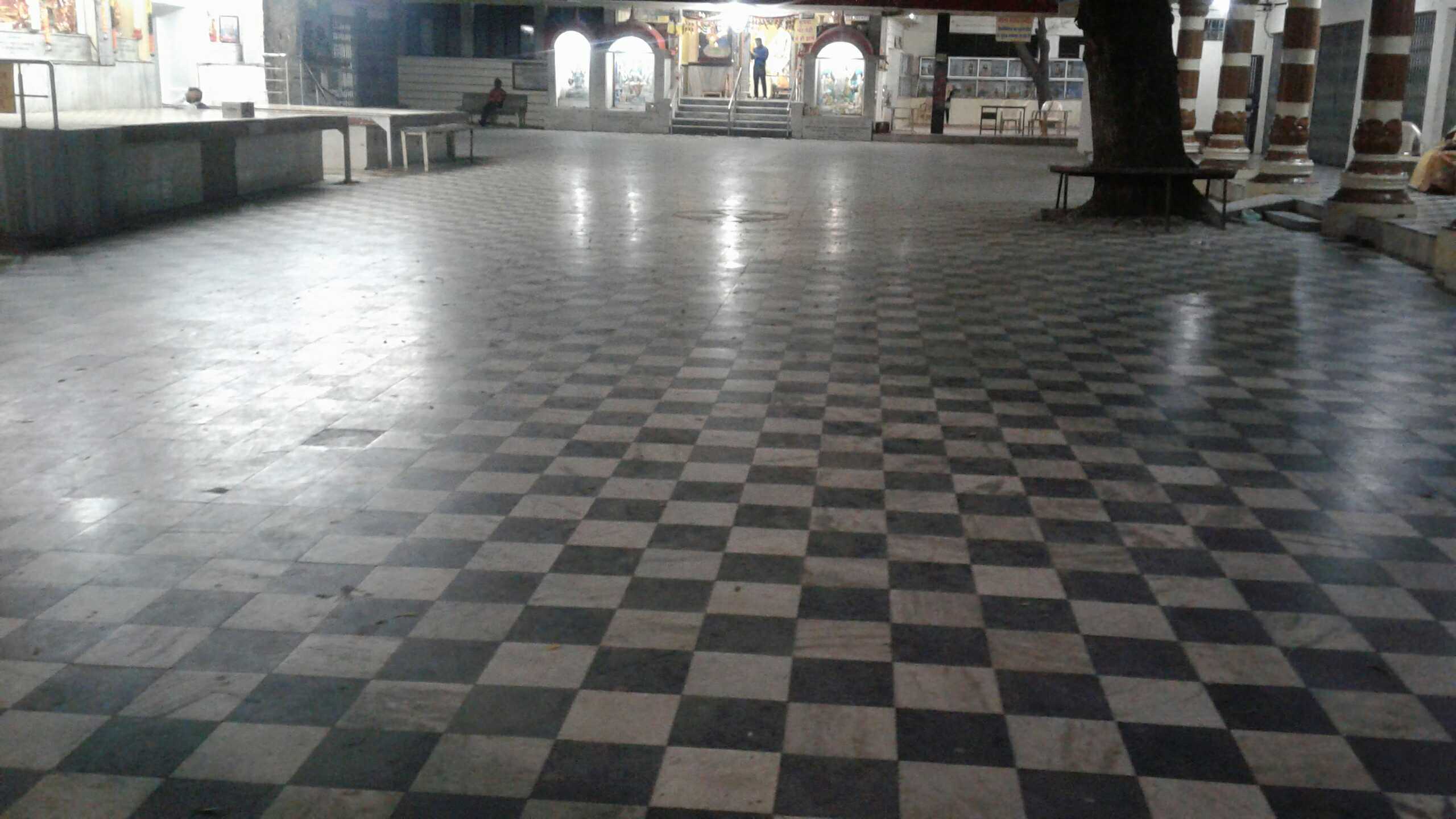 I visit a large temple within 100 m of my house. Temple has a large compound and four large temples (in pic). Many times, I had noticed that the temple yard, which is in excess of 2000 sqft, is not clean. Not that the floor has any litter from devotees, except on a few instances, but dry leaves from a large neem tree are spread all over the floor. I made a single attempt earlier by suggesting to one of the priests to put a board with brooms so that any devotee wishing to sweep the floor could do it. I was keen to be one. However, I did not receive any positive response.

Yesterday, I saw four devotees sweeping the floor and I wanted to join them. I knew one of them by face (his name is Chetan) as he is a regular visitor and approached him with my earlier idea. He concurred and in the same breath told me to get some new brooms as the ones they had were borrowed from the priests who were not very happy to lend as they use it to sweep their individual temples.

I immediately bought two brooms and joined them in their efforts. Finally, my wish came true. Of course, I still need to discuss the idea with Chetan to make it a daily practice.

Sweeping a temple compund is an opportunity to contribute.