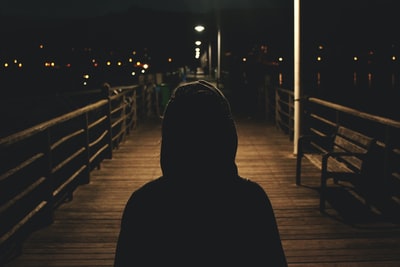 This incident happened when I was returning home from college on the metro. I had exited the metro train and was on the escalator going up when I happened to look back. I don’t know what made me do that because normally I don’t. I saw two visually challenged people-a man and a girl – cluelessly standing there, trying to figure their way out.

I saw that they were slowly moving towards the dead-end wall ahead, and if they were not stopped in time, they’d hit the wall. As I looked back from the moving escalator, taking me in exactly the opposite direction to where that blind man and girl stood, I saw all the other people nearby just staring instead of coming to their assistance.🤦🏽‍♀️

Irritated by the sheer numbness of the people, I walked all the way down from the escalator, which had by then reached the top. I greeted the man and the girl with a polite hello and asked where they wanted to go. It turned out that the blind girl who was with her blind father wanted to go to the washroom. I guided her to the washroom, waited until she had used the facilities, and even zipped and buttoned her jeans as I would do for a sister.

Later, I took her and her father to the authorities, where they made sure that they reached their intended destination without any hassle.

Don’t wait to see if someone else is going to help the needy, help them yourself!