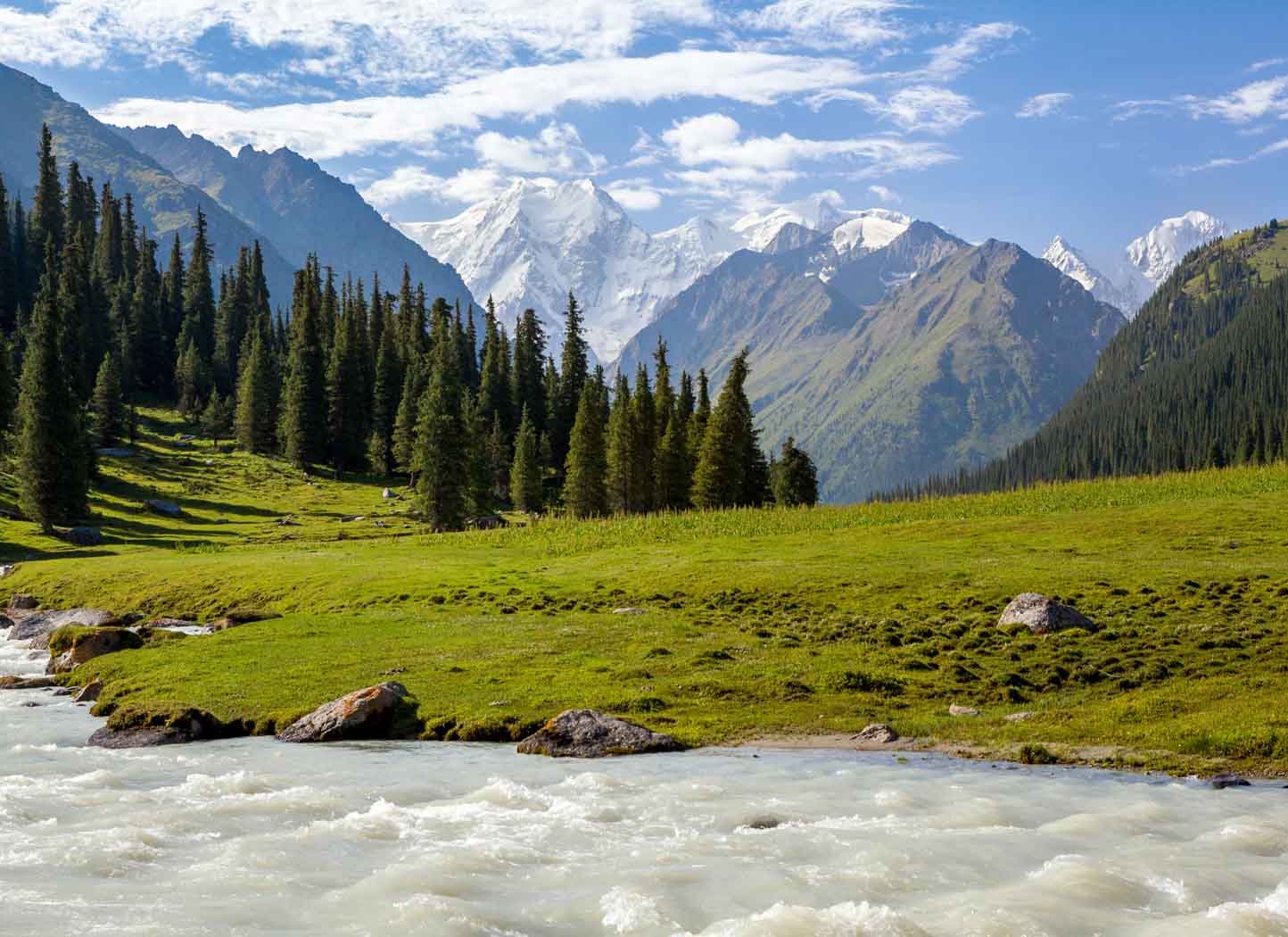 When you are grateful, you open up, you sprout, you blossom, you bloom, and then you spread fragrance. The next principle, besides being grateful, is to be compassionate. Karuna is the word in Sanskrit for Compassion. If we have no compassion in us, then we are of no use to Nature. Nature’s only focus is to survive. If you look at how evolution has panned out, everything is based on survival. The emotion of fear is such that you can be afraid, runaway, protect yourself, and survive. So, when you do something for others, you are helping Nature grow. However, to expect compassion and acknowledgement from those towards whom you are compassionate is a mistake. Do not have that expectation. Everyone has their Karmic account. The person you are exercising compassion for may not even regard it as such; may not even respect it. But, that is not a good enough reason to abandon compassion.

A man was watching the saint and said, “I don’t understand. I can understand why you were trying to save the scorpion, but one time was enough. If it doesn’t want to listen, then let it go. Let it die. Why do you care? The scorpion stung you twice, and you still saved it a third time. This does not make sense to me. It is OK to be compassionate but you don’t have to be foolish.” The saint said, “This creature here is at the lowest end of the food chain, and I am at the highest. Such a creature did not let go of its basic tendencies in my presence. Should I, a saint, let go of my basic tendencies in the presence of a mere scorpion?”

When your circumstances and when those around you are able to shape you the way they want, then they have won and you have lost. That means they are stronger than you. If you are stronger than them, you would know how to stand your ground. Compassion is a matter of choice. Compassion is about forgiving the other person. But forgiveness does not mean that you accept what they have done to you. It is not reconciliation. It is an affirmation that ‘I am not going to hold anything against this person in my heart.’

It is easy to just move away, but compassion requires great strength. Any time you are not able to exercise compassion, all you have to think is ,’Am I so weak that I cannot even be compassionate towards my siblings, towards my parents, towards my friends, towards this society, towards this world?’. Compassion has a calming effect on the mind. If there is only one virtue that you could have, then have compassion. A life without compassion is as good as an animalistic life.

A lot of the times I get this query where people wish to know if there is a mantra that they can chant, some meditation that they can do, some temple they can visit, or a Guru who will bless them and suddenly they will feel compassionate. It will never happen that way. Never. At least, I have never seen that happening. It is entirely in your hands. It is a conscious choice. Neuro-scientifically speaking, the same part of our brain gets activated when we make others happy as when we ourselves are happy. The brain makes absolutely no distinction between whether I’m making another person happy or making myself happy.

Everything that happens around us is very much our problem. When somebody is in trouble, it is our problem. I am reminded of a story. There was once a farmer, who lived with his wife, and in his barn, he had a goat, a cow, and a hen. There was a mouse in that house that used to go around in the house, nibbling on everything that it could get its hands on. The farmer’s wife was really bothered by this. She said, “I am going to set a mousetrap so that this mouse stops bothering us.” So, they set up a mousetrap.

The mouse sees the trap and is very anxious. He thinks, “I can see the cheese hanging in there, and I know I will not be able to resist it for long. It is only a matter of time before I get caught in the trap.” He goes to the hen and says, “Can you save me? Can you do something? There is a trap there.” The hen says, “Well, what can I do? It is not my problem. Why do I have to worry about a mousetrap? You should be careful. There is nothing I can do.”

The mouse then goes to the goat and says, “Could you just stomp on the trap and crush it because I am going to get trapped and get killed?” The goat says, “It is not really my problem. I don’t care about the mouse trap.” Then the mouse goes to the cow, “You are the biggest one around here, and there is a trap set in the house. Please crush it and get rid of it.” The cow says, “It is not my problem, it is your problem. You go figure out a solution.”

This is what is happening in the world all the time. We are so concerned about our own problems all the time that we do not want to take time out to solve anybody else’s. But you always have the time to solve it. Out of twenty-four hours in a day, you give eight hours to your employer, and they pay you for it. However, sometimes you even give nine or ten hours to your work. You take time out for things that matter to you. The same thing goes for compassion. If it matters to you, nature will give you adequate resources, so that you can exercise it.

So, the mouse is very worried and he is praying for its life. That night, a snake gets trapped in the mousetrap. As soon as the trap closes, the wife goes running to the trap thinking it is the mouse. She accidentally steps on the tail of the snake, and the snake bites her. The farmer rushes her to the hospital. It was a small village hospital, and she had no medical insurance. The doctor asks the farmer, “How will you pay me my fee?” The farmer says, “Look I am a poor farmer, I have already invested money in my farm, and I can only pay you after the harvest.” The doctor says, “This is not good enough. Surely there is something that you can do for me now.” The farmer says, “Could I give you some food?” The doctor says, “Okay, what can you give me?” The farmer says, “I can give you some rice.”

“I am not interested in rice, but I do love chicken”, says the doctor. The farmer says, “I have a hen, and I will happily give it to you.” The doctor takes the hen, and the hen is now dead. The mousetrap was not the hen’s problem but now, it became its problem. The farmer takes his wife back home, and the wife is still not well. The farmer takes his wife to the local Shaman. The Shaman says, “If you sacrifice a goat, I am sure your wife would be absolutely fine.” The farmer says, “I have a goat, I could do that much for my wife.” The goat is sacrificed but the wife still dies. All the relatives come to the house for the funeral. The farmer sells the cow in order to feed all the relatives and neighbours. So, in the end, in that house, only two creatures are left- the farmer and the mouse. Almost everyone else ends up dead.

In the equation of this life, we do not know whether we are the farmer, the mouse, the goat, the cow or the hen. It doesn’t matter who we are. It helps to be responsible. It helps to take care of those around us.

Somebody wrote Mahatma Gandhi a letter. When the letter was delivered, a person was sitting next to him. Mahatma Gandhi read the two-page letter. After reading, he took out the pin that was holding the two pages together and put it aside.  He then crumpled the letter and threw it in a trash can. The person sitting next to him said, “I don’t understand. Somebody sent you a letter. That person gave time, and you so cruelly crumpled it and threw it in the bin.”

Gandhi said, ‘Well, it was all full of abusive language. The person was hurling abuses at me. There was nothing nice in the letter.’ The person said, ‘In that case, why did you take all the time and go through the effort of taking the pin out? Why didn’t you throw the whole thing away?’ Gandhi said, ‘Well, I have kept what I will reuse. The thing that matters to me, the only useful thing in the letter, I have kept. What I did not want to use, I have thrown away.’ When the world is writing you ‘letters,’ it is a choice whether you accept it or reject it. Sometimes, compassion is in rejection. Sometimes, ignoring the other person is compassion. Because if you accept what they say about you, then you might feel agitated.

Sometimes, compassion is simply that, “I have opened both my ears –  in through one and out through the other.” Compassion is not about preaching the other person or trying to change them. In fact, the only person you can really change is yourself. That too, if you are very lucky and very persistent, because the hardest to change is ourselves. A life of compassion is always going to be  meaningful. If you have compassion, you may not have as much money or you may, you may not have amenities or you may, but you will have one thing for sure, and that one thing is peace. You will not struggle to sleep.

This post is transcribed from the video at https://www.youtube.com/watch?v=SwP2XpCM-Qc&feature=youtu.be

Himalayan mystic and best-selling author Om Swami has transformed thousands of lives sharing his insights, his experiments and experiences with anyone who is on the path of personal fulfilment, happiness and discovery. Today he spearheads a movement in the form of Black Lotus, a mobile app designed to raise the Kindfulness Quotient in the world through Kindness and Mindfulness.

It was really good to read beautiful description about compassion. Thank you Guruji for writing a nice blog on compassion. Practicing this compassion really requires hard work. Thank you for motivating us to work in this virtue.