Focus – The Secret Ingredient of Success 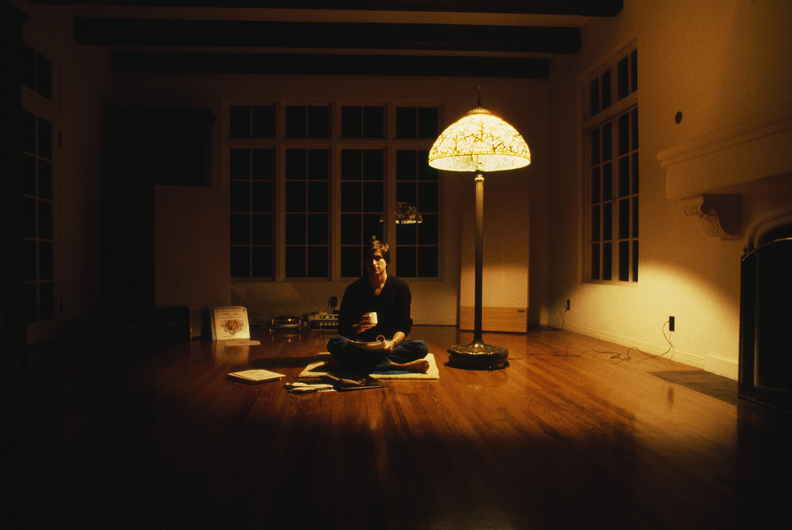 In 2010, Steve Jobs stared at a group of customer surveys that deemed the iPad a failure. However, his gut, trained by years of Zen Buddhist meditation, was telling him something else. He always said, “It’s really hard to design products by focus groups. A lot of times, people don’t know what they want until you show it to them.” He backed his gut instinct and ordered his team to develop and ship the iPad. The Apple iPad outsold laptops made by major notebook manufacturers by a large margin in 2018.

This is one of the many examples of famous business leaders paying focused attention to their gut-instinct and reaping big rewards. When we think about focus, we picture a musician, a painter, or a mathematician wholly absorbed in their work and unaware of the outside world.

However, world-renowned author and science journalist Daniel Goleman collaborated with neuroscientists to discover that we can primarily categorize focus into three key buckets:

Most successful leaders consciously or subconsciously practice these skills to navigate various challenges successfully. Let’s dive deeper into each of these buckets and understand how they can help you transform yourself.

Bucket 1 – Focusing on Self

When it comes to focusing on self, we will explore the role of mindfulness and self-control in our everyday lives. Let’s start with mindfulness.

One of the critical aspects of focusing on self is self-awareness or listening to your inner voice. When Steve Jobs decided to back his gut feel on building iPads, he acted on what neuroscientist Antonio Damasio calls somatic markers, which are sensations in our body that something “feels” right or wrong. We also call it an inner voice or gut feel.

Somatic markers are, in fact, messages from the insula and the amygdala within our brain. The insula helps us gather awareness of our bodies and emotions and how they interact to create our perception of the present moment. The Amygdala governs our emotions and is primarily responsible for the processing of fear. Somatic markers are handy because they simplify decision making by helping us focus on a wider array of internal signals.

However, blindly relying on somatic markers gut feeling can be dangerous. This was demonstrated in a study done by British researchers. They observed professional traders and investment bankers. The researchers realized that the most successful traders neither relied totally on analytics nor entirely on their gut feeling. The traders focused on all the emotions they feet and used it to judge the qualitative value of their gut feel. They acknowledged their anxiety when they suffered losses, became more cautious, and took fewer risks. The least successful traders blindly relied on their gut instincts while making decisions.

When we meditate, we strengthen the regions of the brain housing the insula and our pre-frontal cortex, which is used for analytical decision making. Hence, we are more receptive to the signals being sent by our bodies and can analyze our gut feelings to arrive at meaningful conclusions.

Steve jobs strengthened his somatic markers by practicing Zen meditation. He started meditating in the 1970s when he met the famed Zen master Shunryu Suzuki. Steve spoke to the biographer Walter Issacson about the role of meditation in his life.

“If you just sit and observe, you will see how restless your mind is. If you try to calm it, it only makes things worse, but over time it does calm, and when it does, there’s room to hear more subtle things – that’s when your intuition starts to blossom, and you start to see things more clearly and be in the present more.”

Another critical aspect of focusing on self is self-control. It allows us to focus our attention on a specific outcome, even when the mind gives us a set of tempting options. This is also called willpower.

Willpower is one of the single most significant predictors of success. The impact of willpower was best demonstrated by the Marshmallow test conducted by psychiatrist Walter Mischel in the 1970s. Walter placed marshmallows in front of the children and gave them two choices. They could either eat it right away or wait for 15 minutes and get another one.  A third of the children grabbed the marshmallow instantly. Another third waited a few minutes before succumbing to temptation. The final third waited the whole 15 minutes and got the second marshmallow.

The research team found that the children who exercised willpower and took two marshmallows were healthier, more successful financially, and more law-abiding than the other kids. The statistical analysis concluded that self-control was a more powerful predictor of financial success than IQ, social class, or family circumstance.

Steve Jobs demonstrated this willpower when he returned as CEO of Apple in 1997. He asked his product managers a simple question. “Which products of Apple do I ask my friends to buy”? When he did not get a satisfactory answer, he slashed 70% of Apple’s products. He said to Walter Issacson, “Deciding what not to do is as important as deciding what to do. It’s true for companies, and it’s true for products.”

You feel like the king of an empire when you run a large company. There are unlimited marshmallows to sample, and the power you wield is addictive. It takes a great degree of self-awareness and self-control to critically evaluate your portfolio and focus intensely on a smaller portion of your business while eliminating all distractions. Your power to say NO is just as critical as your ability to make the right choices.

Again Steve’s Buddhist meditation plays a key role here. Neuroscientists have shown that regular meditation strengthens the pre-frontal cortex in the brain. This allows you to resist distractions and focus on specific outcomes.

Bucket 2 – Focusing on Others

In 2019, United Airlines dragged a doctor off their plane to make space for their employee. This created a huge furor in media, and their CEO, Oscar Munoz, was required to apologize. It took him three attempts before he could get some empathy into his apology. Let’s review his statements.

In his first statement, he apologized for having to re-accommodate customers. That did not make anyone feel better about the situation. His second statement made it worse. He blamed the victim—describing the passenger as defiant, belligerent, and disruptive. His third attempt was better where he said, “I promise you we will do better.” It was the first time he demonstrated empathy.

Empathy is a crucial skill because it springs from ancient parts of our brains and allows us to feel what other people are feeling without thinking very deeply about a situation. When people see or hear something that impacts them, they can match the other person’s brain patterns.

Ever wonder why we act differently at work, at home, with our social friends, and with our parents? The hippocampus in our brains works with the pre-frontal cortex and determines our social behavior. It also allows us to empathize with their situation and modulate our behavior. It should come as no surprise that we significantly strengthen both these regions of the brain and develop greater empathy when we meditate.

A leadership study indicated that leaders with higher empathy do significantly better when placed overseas. Their empathy allows them to pick up implicit norms and learn the unique mental models of a new culture.

In case you were missing Steve Jobs, let’s see what Walter Issacson says about Steve’s empathy. “Instead of relying on market research, [Jobs] honed his version of empathy: An intimate intuition about the desires of his customers.”  Empathy and gut feel helped Steve predict his customers would love the IPAD when all the data was contradictory.

Bucket 3: Focusing on the Wider World

During his student years, Steve Jobs was famous for abandoning classes that did not appeal to him. He studied at Reed College, which was renowned for Calligraphy classes. Steve was a technology enthusiast, but calligraphy captured his imagination. During his famous Stanford graduation speech, he said, “Throughout the campus, every poster, every label on the drawer, was beautifully hand-calligraphed. I learned about serif and sans serif typefaces, about varying the amount of space between different letter combinations, about what makes great typography great. It was beautiful, historical, artistically subtle in a way that science cannot capture.”

Years later, when he unveiled the Macintosh, Steve poured all his love for calligraphy into the product. It was the first computer with beautiful fonts and typography. This is one of the best examples where insights from one domain completely transformed the experience in another realm.

Whenever business leaders like Steve work on the strategy for their organizations, they focus on two fundamental approaches — the exploitation of the current business situation and the exploration of new disruptive scenarios.

Exploitation requires us to concentrate intensely on our present scenario and look for efficiencies. Exploration needs us to open ourselves to new experiences, which may require us to abandon our existing beliefs. Our brains are hard-wired to reward us for exploitative work but we need significant motivation and awareness to commit to exploratory work. Concentrative and mindful meditations strengthen various brain areas that allow you to focus intensely and then relax. This allows the mind to process the problem until you get a magical insight.

The economist Herbert Simon accurately predicted today’s world when he said, “A wealth of information creates a poverty of attention.” Focus and attention are the most critical weapons in our arsenal, and we are ruining them by scattering them like dandelions in the wind. The question remains if there is an easy and effective way to improve our attention and concentration skills.

The answer is simple.  Black Lotus. Simply download the Black Lotus application on your mobile device and sign up for a free trial. Black Lotus is designed by Om Swami – one of the world’s foremost meditators and spiritual teachers. The application handholds you through the remarkable journey of self-transformation by using the RARE framework.

Reflect – You kick start your day with a guided meditation and breathing exercises designed with individual goals in mind.

Act – You are encouraged to perform random acts of kindness to help you give something back to the world.

Evaluate – You end the day with a thoughtful reflection that helps you with simple course corrections for transformative results.

Remember that even the most incredible journeys begin with the first step. You don’t need to invest thousands of hours to see the benefits. Just download Black Lotus to meet a happier and more peaceful YOU.