Unleash your Potential, with the power of 'right' meditation.

Learn from the best of the best.
Don’t take our word for it, click on the play button and see it for yourself in his brain scans. 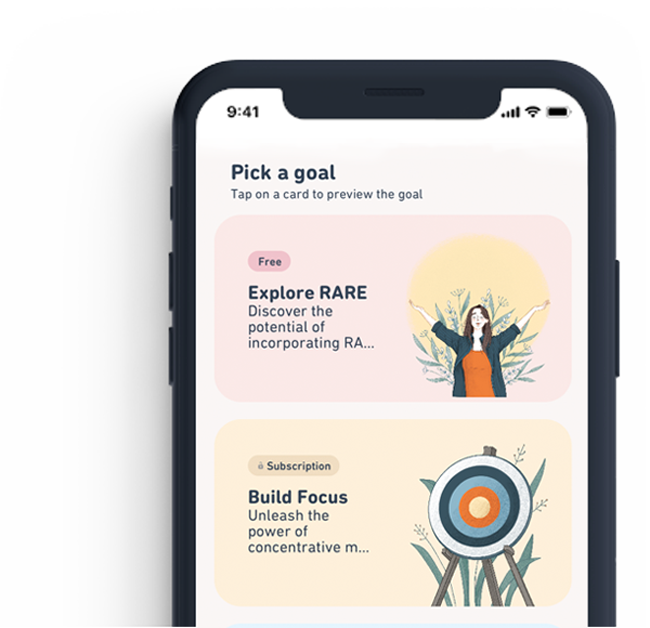 Master mindfulness to
unleash the power
of your mind

16 minutes of quality meditation every day can trigger profound changes in your brain. We handhold you through the remarkable journey of self-transformation.

But, just meditation,
is NOT enough.

Our Rare (Reflect-Act-Reinforce-Evaluate) framework brings the rewards of meditation and mindfulness into all aspects of your life.

Kick start your day with a guided meditation and breathing exercise designed with individual goals in mind.

A Rak — Random Act of Kindness — helps you give something back to our world.

We fetch for you insightful reading every day from our carefully curated content that gives you food for thought.

Our users are changing the world. Yes, really.

Your mind is our business!

Read how thousands of Black Lotus users are making this world a better place with one kind act at a time.

Om Swami is a monk and a meditator par excellence. He has demonstrated control over the involuntary system of his body under lab conditions with the sheer force of meditation. He can bring his pulse to zero, cause a flutter in his heartbeat, regulate blood pressure, and change body temperature anytime at will. He can activate any region of his brain without performing the associated activity. All just with the force of one-pointed concentration.

With more than 15,000 hours of meditation under his belt, at the peak of his practice, he meditated for 22 hours a day. Om Swami spent thirteen months in caves and woods of the Himalayas in intense meditation.

He is the bestselling author of more than fifteen books on meditation, wellness, and spirituality. His book on meditation “A Million Thoughts" has been hailed as the Bible of meditation by readers all over the world.

“I created Black Lotus," he says, “because just meditation is not enough."

Absolutely the best Meditation app. I have tried many over the years but nothing comes close to Black Lotus. I love everything about it; there’s a meditation for anything you are going through, downloads work flawlessly offline so you can meditate anywhere.
~ Jennifer A
This app is amazing…initially I ignored this because I did not want to rely on any external aid..also I am not an app person…but once I started using it, I realize it helps in forming new habit patterns, breaking old ones …gives a benchmark to pursue..helpful in self-assessment and goal setting.
~ Dipali P
Wonderful app for mediators…
~ Chandan S
Excellent app to know about your inner self and discover your own truth
~ Oliver
Having a wonderful time meditating with this app..it has helped elevate my mindfulness and peace. Thanks!
~ Roma T

The Art of Self-Transformation

Changing your external circumstances can bring a change in the state of your mind; however, a lot more powerful is bringing about an internal change that automatically brings about a change in the world outside you. This is what this book is about. It is about showing you the path…

Go through this e-book to learn about the Seven Yogic Principles, and their practices to achieve self-transformation, step-by-step, in the words of Om Swami.